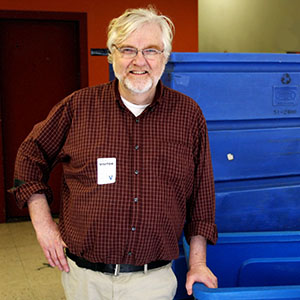 During the early 1970s when the Vietnam War was in full force, Erik, who had only recently graduated high school, applied for and was granted conscientious objector status. Therefore, instead of being drafted, Erik for two years had to work at what was called a sheltered workshop—work that contributed to the community good. With only one week left to find work, Erik came across Seattle Goodwill while picking up gear for a backpacking trip. Erik was hired, and the two years he spent working at Goodwill provided him with plenty of special memories that still last today. Goodwill’s flagship store off Dearborn Street is where he first met his wife Vicki of 36 years, and he even contributed cartoons to Goodwill’s employee newsletter. Some of Erik’s fondest memories involved sorting through donations and finding locked suitcases, hoping him and his co-workers had stumbled across a treasured item trapped inside. Even back in the early 1970s, Erik said Goodwill placed an emphasis on workforce development. Supervisors were responsible for coaching employees on soft skills such as punctuality, work ethic and communication.

“On staff at the time was a chaplain. Every Wednesday morning anybody who wanted to get out of work for half an hour and go to a church service could do so. I was one of those guys. The chaplain would invite priests, pastors, rabbis, sometimes guest singers. One day a gal came in. Her name was Vicki. It was around Easter time, and she was a good singer. When chapel was over, they would open those doors and everybody would line up and shake the hand of the guest speaker. She was the guest that day, so 100 people shook her hand. I would always ask her, ‘Do you remember meeting me that day?’ She’d say no, but I remember meeting her. Because of the influence of the chaplain, I would end up going to church and that was the church she went to. We dated for a number of years and got married in 1977. We had a great 36 years together, and she passed away in 2013. I miss her still, but it was somewhat of a sacred moment (today) to see that turf where we met. Every day was an adventure (at Goodwill). It was a great two years. There were probably days where I wasn’t having so much fun, but I don’t remember those. I remember the good times.” 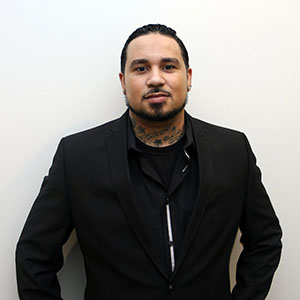 From growing up in Brooklyn, N.Y. to serving eight years in the military completing a tour in Iraq and another in Afghanistan, Eddie has traveled a long road to Seattle Goodwill, and along the way he has developed a strong passion for helping others. While in Iraq, Eddie connected with a military member who worked in human resources and decided he himself wanted to do HR work. During Eddie’s tour in Afghanistan he did just that. Eddie earned his human resources degree and connected with Seattle Goodwill after leaving the military, first earning a temporary position in Goodwill’s Job Training and Education Department that turned into a permanent role. Now he works as an employee education specialist, connecting Goodwill employees to the organization’s many benefits that place an emphasis on workforce development. He does store outreach, leads training workshops and is constantly looking out for employees’ best interests with his infectious personality.

“If we have an employee that says, ‘I am having homelessness issues,’ I want to take care of that. I want to show them where they can go to get help with that. I want to point them in the direction of our case managers we have in Job Training and Education. I want to connect the dots for them. My role in this company is to help every employee. It doesn’t matter if you are the lowest person or the highest person. I want to help you. Honestly, it’s a wonderful aspect to meet a lot of people, but you know what, I’m not happy that I’m affecting them. I’m happy they are affecting me. Because talking to people you learn so much. You learn a different culture. You learn a different lifestyle. You learn different problems and issues and how you can help them overcome them. Something that I was always told is that you should learn at least one thing new every day. So the fact I get the opportunity to talk to all these employees, I learn. And knowledge is power.” 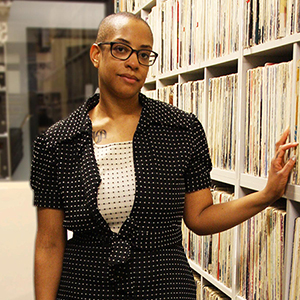 Sharlese always knew she wanted to be involved in music in some capacity. When she was in high school, she’d record songs on the radio and use those to put together mixtapes for her listening pleasure. She’s been fortunate to make a career out her passion, working at Seattle radio station KEXP since 2007. The ability to make a career out of something you love was a message she delivered to participants in Seattle Goodwill’s youth programs during a past speaking opportunity, and that’s just one way she is connected to Goodwill. She’s a frequent shopper at the Capitol Hill Goodwill location and, now a KEXP DJ and events producer hosting Saturday’s Audioasis show from 6-9 pm, Sharlese has worked as an MC the past two years for Seattle Goodwill’s #breakup4good Earth Day concert, which encourages people to break up or donate an item to Goodwill for Earth Day. She’s excited to MC for the third year this spring on April 20 at the Tractor Tavern.

“The Break Up For Good event provides another way to promote local music, which is really fun and important. It’s also the music creativity and being able to put together a good bill that has people align themselves with something like Goodwill, which is really special and impressive. Not only is Goodwill a retail shop, it uses its funds to help people find jobs and get education and get into the work force. I think that is really special. Putting it together has really been a cool experience, and it is something I will never forget. I feel like coming together to support Goodwill is a really important thing.” 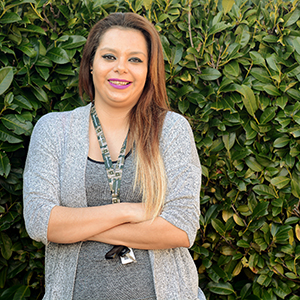 Ever since Paulina came to the United States 12 years ago from Tecate, Baja California in Mexico, she’s had her hands full raising a household full of kids. Her husband works long hours to provide for their family, so Paulina is left to take care of the children. Paulina never finished high school. She’s had a desire to, but has been too busy as a mother of four children to focus on her own career. Two years ago she caught a glimpse of South Everett’s Job Training and Education Center while traveling down the road and decided to look into what Seattle Goodwill had to offer. Paulina began taking Goodwill’s GED test preparation classes, and with a tremendous amount of hard work and persistence she earned her GED a month ago. Paulina has also taken Goodwill’s Microsoft Excel class and is currently in a Career Pathways course, as she hopes to go to college to become a teacher or a nurse.

“I see the street and say, ‘Oh, is that a learning center?’ Maybe I will go there and see what their requirements are to be a student. I don’t think about it, I just came. I was very nervous, because those years my English was not good. I came and turned in the papers and everybody was so friendly. I felt so comfortable. Getting my GED, I was so happy. I was almost jumping, so excited. I almost cried because all my teachers they see how I work hard. I know this is an example for my kids, and they can follow my steps. They see if my mother can do it, I can do it. I have a lot of friends that are single mothers, and they feel stuck. They ask, ‘Do you know a place for single mothers to come back to school?’ And I say, ‘Goodwill, they have helped me a lot.’ They see what I get step-by-step, and they want to come, and they say, ‘I want to go there. Tell me more about this place.’”