Posted in: Volunteering and Glitter Gala 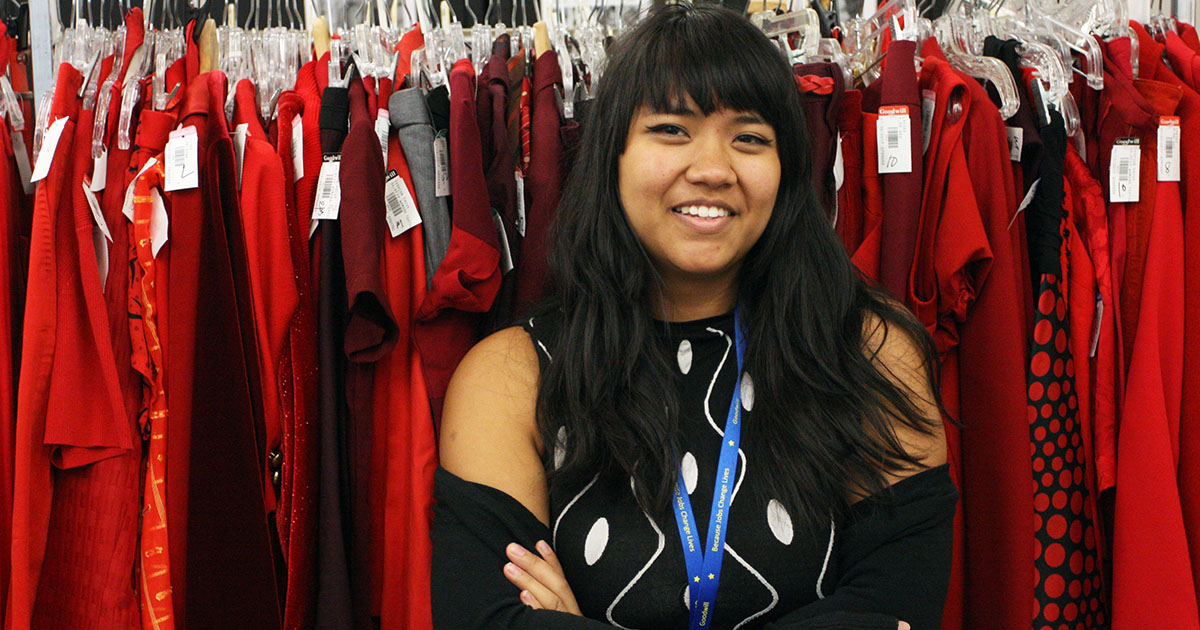 “I really like the idea of finding people things that look nice on them,” said Seattle Goodwill Glitter Gala Intern Taya Pyne. “Having that be successful and convey the message they really want to convey is a really good feeling. That’s what you want in theatre. You want to convey your feelings, or an idea successfully.”

Taya is one of three interns who have been tasked with designing the looks that will grace the 2017 Glitter Gala Fashion Show runway Saturday, November 4 at Hangar 30 in Magnusson Park. Taya and her team have been working diligently to find the right outfits to match this year’s theme: “Universe of Potential.”

Taya, a student at Cornish College of the Arts, is majoring in performance production and jumped at the chance to work on such a unique project. While she’s always been into fashion, her passion for costume design developed during her junior year at a Las Vegas performing arts high school in her hometown.

“I took an elective in costume design just on a whim, because I heard it was fun and the teacher was nice,” Taya said. “I almost started getting in trouble because I wouldn’t want to go to any other classes than that one. From then on out, I was pretty much head first.”

Taya and the fashion show team have created a unique concept, basing outfits on different planets of our solar system. Taya has been tasked with Mars and Neptune, and she’s generated some fun looks during all the trips she’s made looking for clothing on the sales floor of Goodwill’s flagship store.

For Mars, Taya is hoping to convey power and strength, while she described her take on Neptune as “futuristic club.”

“I just want everyone to be impressed with the stuff that we found, because we found some really good pieces,” Taya said.

Taya has been thrilled to have an opportunity to broaden her skillset and experience with this Glitter Gala Fashion Show, and she has enjoyed working with her team and crafting outfits she hopes everyone enjoys.

Where: Hangar 30 at Magnusson Park