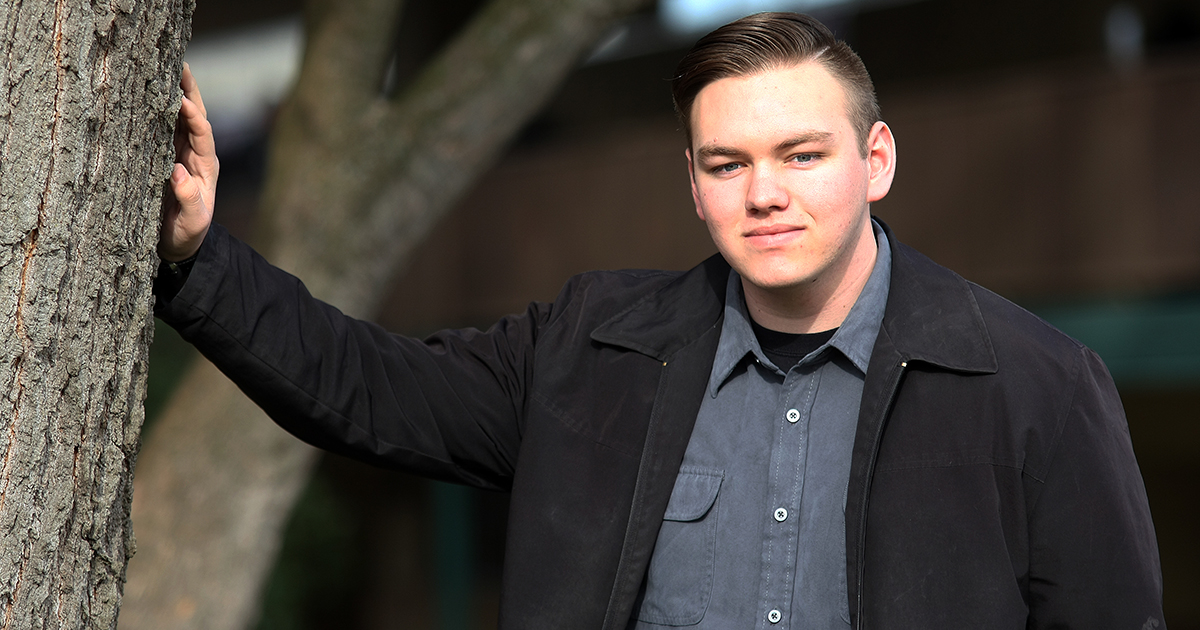 Brycen was sitting in his high school manufacturing class two years ago when a presenter entered the room and began speaking about some extracurricular program. Brycen wasn’t paying too much attention. He thought he’d heard it all before.

Suddenly, the man’s message piqued his interest. This was different.

“I raised my head and started listening to this guy and all the opportunity he talked about,” Brycen explained. “It wasn’t a college thing. It wasn’t a schooling thing. I thought, ‘This is a program meant to help people.’ I had this feeling that it would carry me into the next step in life.”

That was the first step in what’s been a transformative experience for Brycen. That day he learned about Seattle Goodwill’s Youth Aerospace Program (YAP), which focuses on aviation/manufacturing training and guides youth through their final year of high school, first year of community college and subsequent job placement in the field.

The program also helps youth develop knowledge, skills and motivation to achieve in school. They also learn to contribute positively to the greater community, be competitive in the job market and successfully enroll in and complete post-secondary education.

Brycen is a YAP 3 student. He’s enrolled in Everett Community College and well on the pathway to building a bright future for himself and his family. That’s especially important given some of the hardships Brycen’s been dealt.

He moved from California to Washington where he attended Snohomish High School as a sophomore. He left home, moving to a completely unfamiliar place to get a new lease on life.

“My dad was a drug addict, and my birth mom was a drug addict,” Brycen explained. “You can imagine there was a few complications with all of that. (Moving) wasn’t to get away from them, but rather it was to get a new start in life, because from day one it’s been like all-the-odds-against-us kind of thing.”

Goodwill’s YAP has been a blessing, Brycen said. He’s forged lasting friendships while charting a path to a career that will help him one day support a family of his own—one of his largest life goals.

“With the knowledge Goodwill has gifted me with, their support and my faith and everything, it’s like I’m unstoppable at this point,” Brycen said. “So it’s really just this amazing feeling. It’s like for the first time in my life things are actually working and that is just inspiring. The ultimate goal is to have a wife and family and really provide for them. When I was young that was stolen from me. The best way to fulfill that in my life is to recreate that myself, so I’m going to do it.”

Brycen said growing up in California, outside of big churches, he’d never experienced an organization so committed to helping others. He hopes to one day give back to Goodwill, as it has provided him the necessary tools needed to achieve his dreams.

“Just by talking to a few people and seeing, it feels like people at Goodwill have this love in their eyes for people that they meet,” Brycen said. “It just really inspires me. I know for the rest of my life I will be grateful to Goodwill.” 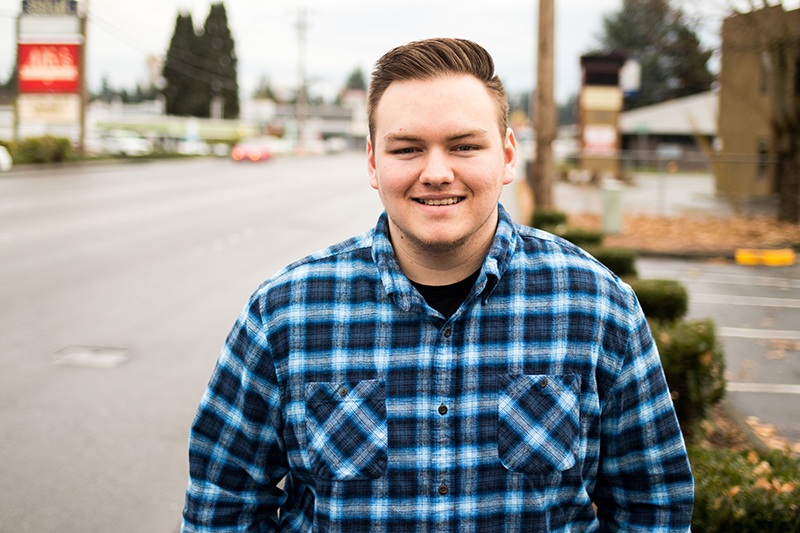 Now he’s the one creating change by working with Goodwill students as a Program Specialist for YAP.

“It gets deep sometimes and emotional, because I was just there,” said Brycen of his conversations with current YAP students. “I worry about our students, but I’m super excited because I know what this program can do.”

For Brycen, YAP gave him hope for a better future, and that vision is slowly coming into focus.

Brycen left California five years ago, leaving behind a toxic environment, and moved to Washington with his mom and brother for a new life. He joined YAP, excelled and last summer graduated from Everett Community College with his Associate Degree in Advanced Manufacturing.

But Brycen faced challenges throughout. His mom fell ill in 2017, and Brycen was forced to provide for his family. He was left in charge with finances, finding affordable housing and helping his mom and brother stay afloat.

YAP offered Brycen invaluable resources, and it opened his eyes to a trade that could change his and his family’s income. It also helped him discover a new passion — teaching.

Even after Brycen graduated from YAP, he routinely checked in with Goodwill staff between his college courses and part-time job. He jumped at the chance to join Goodwill when a job opened for a YAP Program Assistant in spring of 2017.

Brycen was hired and for the next year-and-a-half mentored students. Then in summer of 2018 he had an eye-opening experience while leading the program’s AeroLabs week — an in-depth, hands-on project culminating with a presentation at a local Boys and Girls Club. He saw the impact his instruction had on students. He saw how students reacted to the life lessons he shared. Brycen saw an opportunity to make a difference. He was hooked.

“There are several students currently that when I talk to them and they answer me, I am blown away,” Brycen said.

“It’s a great feeling to plant that seed and see something grow. It’s interesting to think my life has been changed by Goodwill, and now I’m changing lives.”

Brycen received a promotion to Program Specialist in October 2018. He’s gaining teaching experience at Goodwill and has built a strong resume for a career in aerospace. Most importantly, with Goodwill’s help, he can now see a path forward.

“All my life, it’s just been surviving,” Brycen said. “It’s been getting the next thing done and moving onto the next (problem). Now I’m 21 years old and pretty much working a dream job that I just love. I really lucked out being with Goodwill.”