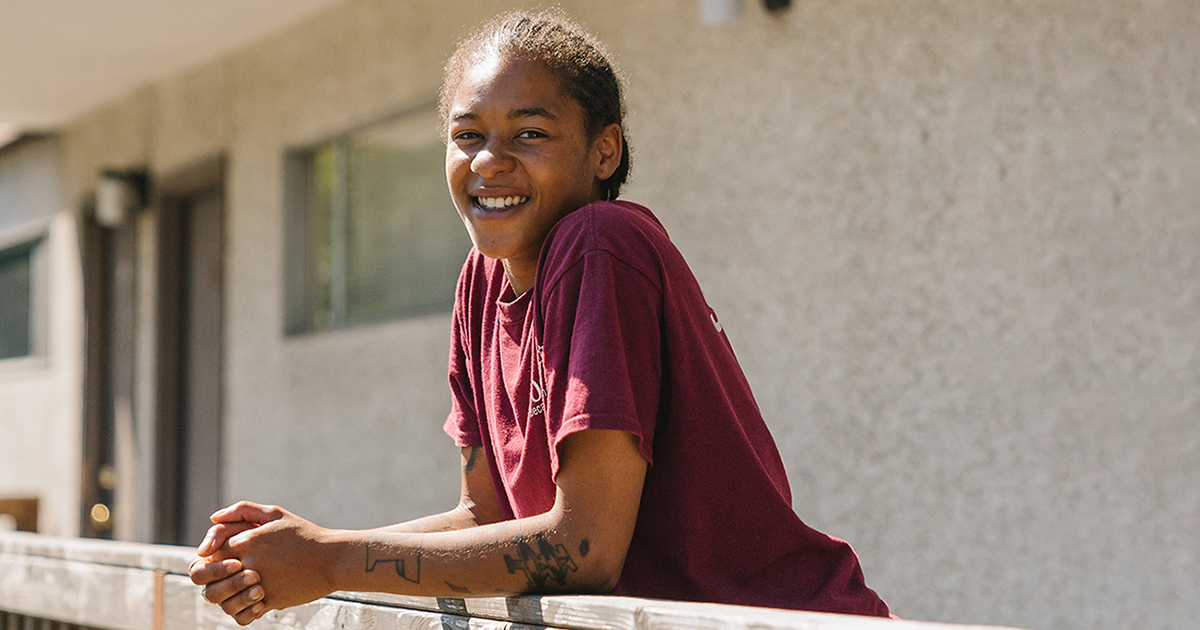 Shawnteal, by the time she was 16, had endured abuse, been incarcerated twice and watched her best friend die due to gang violence. She often found herself standing on street corners, wondering if this was all she could expect from life.

A few years later, a friend told her about Goodwill’s job fair. Shawnteal attended the event and enrolled in Goodwill's youth program – a move that changed her life forever. The program provided desperately-needed emotional and financial support, exposed her to career options she never thought possible and helped her earn her high school diploma.

Shawnteal flourished within the program and was soon hired as a full-time assistant. She discovered her love of biology and environmental stewardship and was encouraged to use her natural leadership skills to help others in similar circumstances.

Nothing compared to her earning a diploma. Of her mom's six children, she became the first to accomplish the feat.

"To have a high school diploma, to have that credential, I didn't think it was possible," Shawnteal said. "And then it happened, and I was just like... it was unexplainable. I felt like I could do 100 cartwheels. It was awesome."

Joining Goodwill was a turning point for Shawnteal. Now on her way to college, she is determined to give back.

“I want to fight for a lot people and be an advocate for our youth," she said. "I want to show them, 'I come from where you come from. I’ve done almost everything you can think of and I changed my life around, so why can’t you?'”