Hanna and her family immigrated to Bellingham from Ukraine for a better life, but Hanna, her kids and husband spoke little English. Hanna began taking ESOL (English for Speakers of Other Languages) courses at Goodwill after having a negative English-learning experience. With the Goodwill class, Hanna’s English-speaking skill quickly improved. She received support services such as rent, help finding affordable housing and credited Goodwill with her family’s successful assimilation to their new life.

“When I come to America, all my life changed. It is very hard. All my friends in my country, all my experiences, it doesn’t work (here). It is very hard to change life. I came to Goodwill, and I feel like it is my place. When people are relaxed, their brains are relaxed, too, and people start to speak. Goodwill helped me to stop worry, help me stop being afraid.” 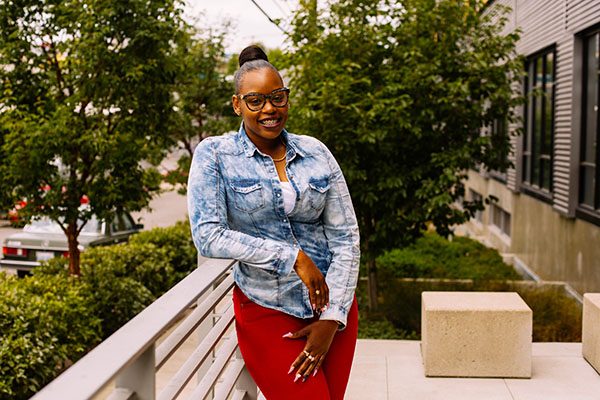 Dominique, for the first time in more than a decade, has a clear path forward. Ever since giving birth to her daughter at 17, Dominque has been playing catchup. Raising an infant ended her pursuit of a high school diploma 14 years ago. Dominique has since tried multiple times to earn her degree but faced many barriers as a single mom. Dominque’s drive to complete her high school education returned with the birth of her son, who was born with club feet and received a testicular cancer diagnosis at 1 years-old. Dominque drew inspiration from her son’s successful battle with cancer and enrolled in Goodwill’s High School 21+ (HS21+) Program two years ago. After receiving plenty of support from Goodwill Job Training and Education (JTE) staff, Dominique recently earned her diploma and is enrolled at North Seattle College where she is working toward a nursing degree.

“Goodwill was there to help, and I really had never had that before. They encourage you, and it’s all about lifting people up. When they tell you, ‘I am not going to let you lose, regardless of how long it takes you are going to do it,’ it’s a great feeling. I am just living in this moment and this moment is the most happiest I have ever been, and it’s amazing. I think everybody out there that is following their dream that gets discouraged, I would recommend they walk into Goodwill’s doors. Goodwill is wonderful.” 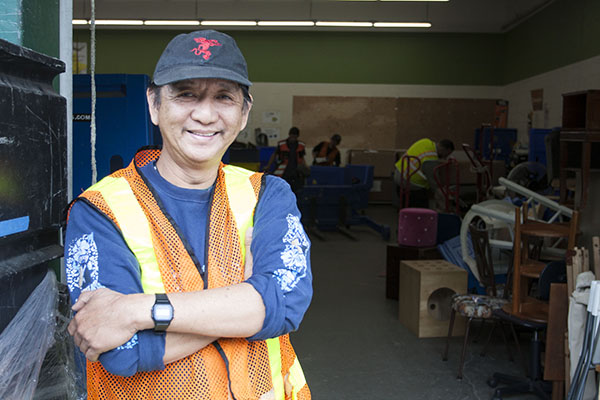 September 2016 — more than 29 years after Richard’s mom, sister and brother immigrated to the United States — Richard emigrated from the Philippines to be reunited with his mom on the Kitsap Peninsula. Three days after arriving in the U.S., Richard went to Goodwill and enrolled in the Retail and Customer Service Program. During the eight-week program, Richard’s instructors, case manager and fellow students made him feel more comfortable in his new life. He also received support services such as new prescription glasses and bus passes. Richard worked in construction and other manual labor jobs to get by in the Philippines. He didn’t know how he’d make a living in the U.S., but soon after graduating from the Goodwill class, Richard landed a full-time job working with donations at the Port Orchard Goodwill.

“I had no clue during my first week here. I was excited I was able to come here, but I’m thinking, ‘What will I have to pursue?’ I was really nervous for the (Goodwill) class. But as time goes by, with the students we mingle every day so the nervousness subsided. If I meet people who come from my country, I would tell them to visit Goodwill, because Goodwill really helps people just like me. I am an example. Goodwill really changed my life because they gave me employment and they teach me everything. I really thank Goodwill, because it really gave me good change.” 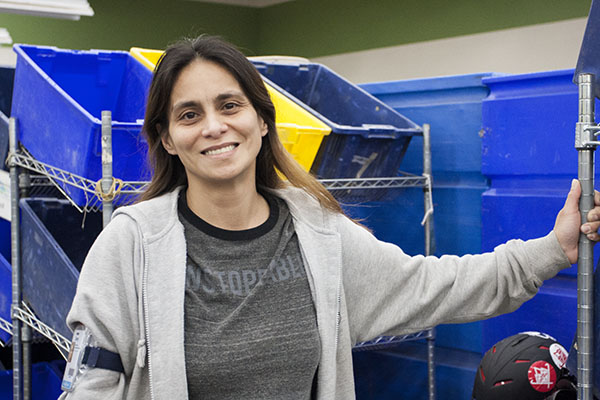 Through all Zeny’s hardships, she never gave up. Eight years ago Zeny lost the father of her four children and soon after became homeless. She was hooked on drugs, spent time in and out of treatment facilities and for more than four years was living in various shelters with her children. Zeny emotionally hit her lowest point when Child Protective Services removed her kids from her possession several years ago. She knew she needed change. Zeny admitted herself to a clean and sober house to put drug abuse in her past. She enrolled in Seattle Goodwill’s Retail and Customer Service Program, graduated and landed a full-time job at Goodwill’s Silverdale location. Zeny soon after moved into her own apartment – the first time she’d had her own place in more than eight years – and successfully fought to gain back custody of her children.

“Goodwill’s programs helped me to gain employment. I didn’t have that after I lost (my children’s) dad. I liked the Retail and Customer Service class. It was nice. All the weight on my shoulders just got lighter and lighter every day that I came in. It’s like being nothing to being something today.”