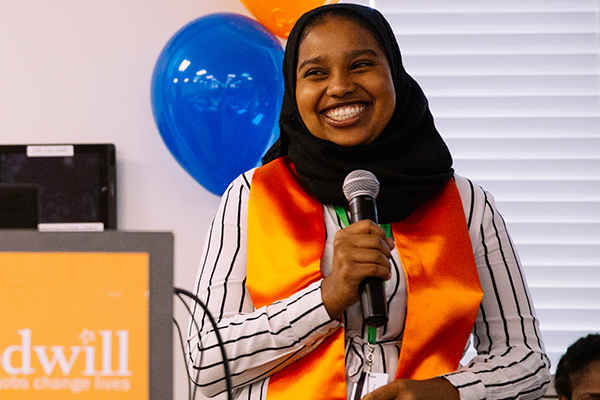 Since Zakia’s family arrived in the U.S. from Somalia as refugees, Zakia has faced overwhelming barriers to achieve the future she desires. She started work at age 14 to earn income for her parents and 10 siblings. When her dad lost his job, she became the household’s sole provider for a period. Zakia joined Goodwill’s Youth Year-Round Program (YYRP) in 2016 and twice has interned with Goodwill. A recent graduate from Franklin High School, Zakia bused after school to West Seattle High to attend its nursing certification program and worked security four nights a week while finding time for homework and volunteering at Goodwill. Through the program Zakia discovered her passion for nursing during YYRP career exploration along with developing lasting friendships. She’ll be attending Green River Community College this fall.

“The Youth Year-Round Program basically changed my whole life and made me want to do more than I was doing before. When I first started, I was not thinking about my college and career. I didn’t know I wanted to do nursing until I did a career cluster in YYRP. I am friends will all the people in the YYRP program with me. Goodwill is my family now. I am just very connected with everyone here. Being here and having a community, it’s like a safe-haven for us.” – Zakia 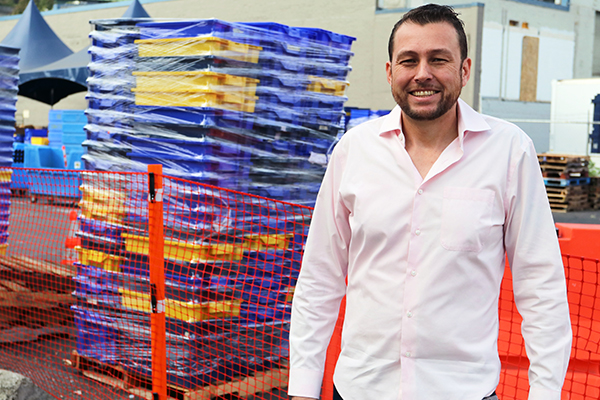 William for years served his community in Brazil, holding a government position operating budgets under a city mayor. A year-and-a-half ago William left his home country, leaving behind his wife and son so he could move to the U.S. in hopes of offering them a more secure life. William sold his car for a plane ticket and arrived in Seattle with little money. He had applied to countless jobs with no luck when Seattle Goodwill offered William an interview days before he ran out of money and would be forced to move back to Brazil. William was hired as a Donation Station Attendant and through his hard work has earned multiple job promotions. He’s developed a passion for his new job, credits Goodwill for giving him an opportunity and is expecting to have his wife and son join him in the coming months.

“I come here and get hired as a Donation Station Attendant. I like it because all my life was sit down in chair at a computer. If it wasn’t for Goodwill, I was back in my country. When I got hired, I was so happy in this moment. Finally, I got a job so I could start over again. All the guys here have carried me and said, ‘You are part of this team. You are part of the family.’ It was so impressive because no one in my country does this. They want me growing here. Goodwill opened doors, so this company is awesome.” – William 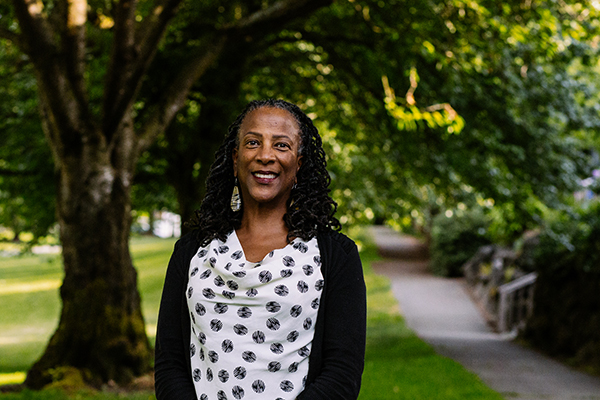 Born and raised in Seattle, Myra and her family have always made routine trips to Goodwill donation stations. Myra has always been a proud donor but didn’t know Goodwill’s mission and even lacked familiarity with the retail stores. It wasn’t until much later in life that she learned Seattle Goodwill’s community impact. Myra was asked to volunteer at the annual Glitter Gala, and there she began learning about Goodwill’s free Job Training and Education Programs. Myra was hooked, and she’s volunteered nearly every year since the Gala’s inception 10 years ago. Besides volunteering at Goodwill, Myra and her husband, Troy, serve as Goodwill Ambassadors. They donate their time by attending community events and spreading Goodwill’s mission.

“You are doing something good when you donate to Goodwill. When you think you are only getting rid of something, you are not really. Donations benefit the students, and it benefits the community. Volunteering is a way that I can give back and then promote what Goodwill stands for. And every time I go to a Goodwill event, I learn something new. It’s always good to give back, even in that small way to volunteer to help one person and make a difference in their lives.” - Myra 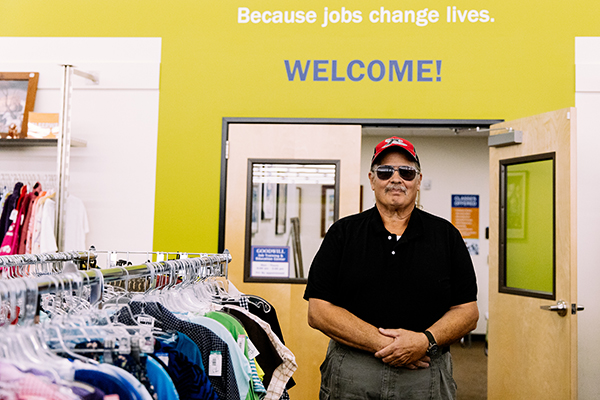 James, a proud Native American who grew up on the Muckleshoot Reservation, retired in 2010 following a 30-year career working for the Union Pacific Railroad. But post-retirement life didn’t go as planned. His wife passed away, and James struggled with her absence for years. It wasn’t until a year ago that James decided to return to the workforce, but he quickly realized he needed to refresh his computer skills. James enrolled in several Seattle Goodwill classes at the Job Training and Education Center in Mount Vernon. He completed Goodwill’s Basic Computers, PowerPoint and Outlook courses. He’s taking a course on Word now and plans to enroll in Excel next. Mount Vernon instructors also helped James polish his resume, provided vouchers for interview clothing and have assisted in job search. James is hoping to land an engineering role given his vast railroad experience and skill from Goodwill. He has interviewed with job recruiters and is well on his way to landing the coveted role his is looking for.

“I just started trying to get back into the workforce over time. At first I wasn’t very successful, but I got a better chance now. I took a lot of computer classes here, because computers have changed a lot since I started working. The things I learned with the old computers don’t work so well. I needed to upgrade my skills. Goodwill has helped me a lot to put a resume together and everything. These guys are here to help you. The team here, they’ll help you with all types of things and have a positive attitude, and they’ll help you find a job.” – James